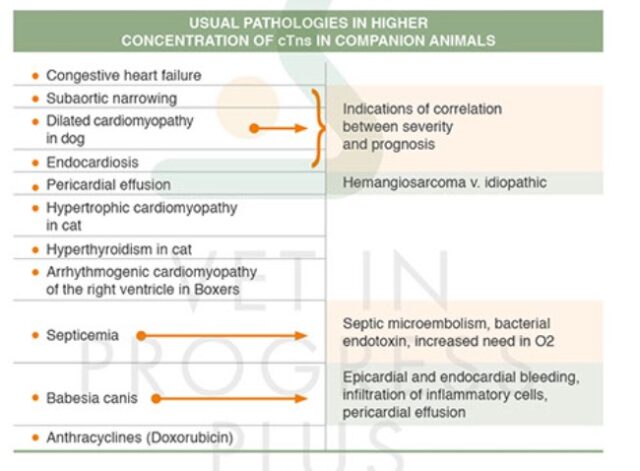 Cardiac remodeling is a procedure of restructure and reform of the heart that signifies a development of heart failure,
regardless its etiology. The parameters that change cardiac cell when the heart is being remodeled are: the size, the form and the ability of contractile function, for example in hypertrophic cardiomyopathy that is characterized by symmetric and asymmetric hypertrophy of the ventricles.
The typical histological features include hypertrophy of cardiac cells and irregularity because of increased accumulation of loose connective tissue that surrounds the cardiac cells. Researches in hearts of humans and animals are indicative for the possibility of regeneration of myocardial cells and agree that heart remodeling is a complex and dynamic process that is not fully understood and concerns mainly the activation of apoptosis and not necrosis as in the case of myocardial injury because of ischemia.

Except morphological characteristics that describe the evolution of heart, failure intense is the research interest
for the accreditation of biomarkers in blood that will be used for the early diagnosis of the disease. A biomarker
should meet a number of conditions in order to be clinically useful. Some of them are: their measurements have to be accurate and repeatable, they have to give useful information that have not been exported from the patient’s clinical assessment, the biomarker’s levels must be linked with a specific phase of the evolution of the heart failure.

Biomarkers have been categorized into 6 following categories

• Related with inflammation TNF-a and interleukins 1,6.18 at high levels in patients with heart failure.

• Markers that are related with injury of myocardial cells

• Molecules that are released from myocardial cells in stressful situations

Troponin is a complex of three regulatory proteins (troponin C, troponin I, and troponin T) that is integral to muscle contraction in skeletal muscle and cardiac muscle. Troponin residents in the molecule of actin and regulate the muscle twitching.Every seven molecules of actin are surrounded by one molecule of tropomyosin that has one molecule of troponin at its edge. The muscle twitching begins with the entrance of calcium ions in the cell and their connection with isomer C. Isomer 1 is disconnected from actin by blocking the Inhibitory action in the reaction actin-myosin, Isomer T regulates the function of the entire system through the regulatory protein tropomyosin.
Troponin has isoforms that are located exclusively into myocardial cells (cTnT, cTnl and cTnC) but the ratio between skeletal and cardiac troponin is 60% for troponin 1, 90% for troponin T and over 90% for troponin C. So troponin C isn’t used as cardiac marker, while troponin I is advantageous to specificity compared to troponin T. They are found in two populations into the cells. The majority is by structure connected into thin filaments of actin while a small percentage 2-4 % for troponin I and 6-8% for troponin C remains free into the cytoplasmic.

Various researches have been conducted concerning the levels of cardiac troponin I in dog and specifically have shown the possibility of correlation of severity and prognosis into endocardiosis, sub aortic narrowing and dilated cardiomyopathy. Pericardial diseases have shown increase of concentrations of troponin in humans and in animals. Two recent researches have shown that dogs with pericardial effusion have significantly increased levels of cTnl in comparison to healthy ones. In one of those researches troponin levels have been used for differential diagnosis between pericardial effusions because of hemangiosarcoma. Troponin levels have been found higher than others with idiopathic etiology.

In cases of hyperthyroidism in cats cardiac disorders are often observed. These include tachycardia, myocardial hypertrophy, hypertension, arrhythmias and heart failure especially if primary cardiomyopathy coexists.
Arrhythmogenic cardiomyopathy of right ventricle in Boxers is characterized by presence of interstitial fibrosis and filtering of the interstitial substratum of the ventricle by inflammatory cells and fat. The concentration of cTnl is statistically significant in relation with healthy controls and other breeds except Boxers. Anthracyclines belong to the category of cytostatic antibiotics and are used widely the last years in hematological malignancy compact tumor with very good results. Basic side effect is the cause of cardiotoxicity. Possible mechanisms are the free radical
production of oxygen and hydroxyl, the influence of anthracyclines in sarcoplasmic reticulum, the disorder that is caused in calcium homeostasis and the activation of the mechanism of apoptosis that is caused through damage in DNA. The administration of anthracyclines causes acute myocarditis the first hour after the administration and often causes congestive heart failure that appears after the end of treatment.